The product(s) has been added to {{ listName }}
Shop Geosynthetics

Geogrids are manufactured geotextiles with openings formed by ribs. The opening size, the rib thickness, and the material composition are matched to the application. A geogrid’s look is different than woven and non-woven geotextiles. Instead of flat sheets of fabric that separate material layers, or provide filtration, geogrid sheets look like open meshes or even netting. This design allows them to be used specifically as soil or aggregate reinforcement materials. They accomplish this result because they interact with materials they are restraining.

The effect of the design is that the geogrid opening captures aggregates and soil particles on the uphill or bank side of the fabric.  The restrained particles become interlocked, and are held against the fabric by either gravity or the mass of the bank itself. Once restrained the material behind the geogrid’s placement becomes stable.

Geogrids must have enough tensile strength to withstand any pressure from the material they are holding in place. But since the real work is being done by the materials they are stopping at the opening, geogrids are lightweight and flexible.

Contractors should remember that a geogrid is part of a system. The fabric’s strength doesn’t correlate directly to the mass it is stabilizing. You must select the right property characteristics such as rib shape, aperture shape, and rib thickness to the site’s soils or applications. On some projects, you might be asked to install a test area to allow engineers to determine in-ground performance. On many projects, the system’s effectiveness can only be measured through full-scale in-ground testing.

Geogrids have an excellent reputation for providing long-term solutions for erosion control, slope stabilization, and road construction. Contractors can benefit by using these materials during construction.

Consider these three operational benefits by which you can speed up projects and reduce some of your material costs: 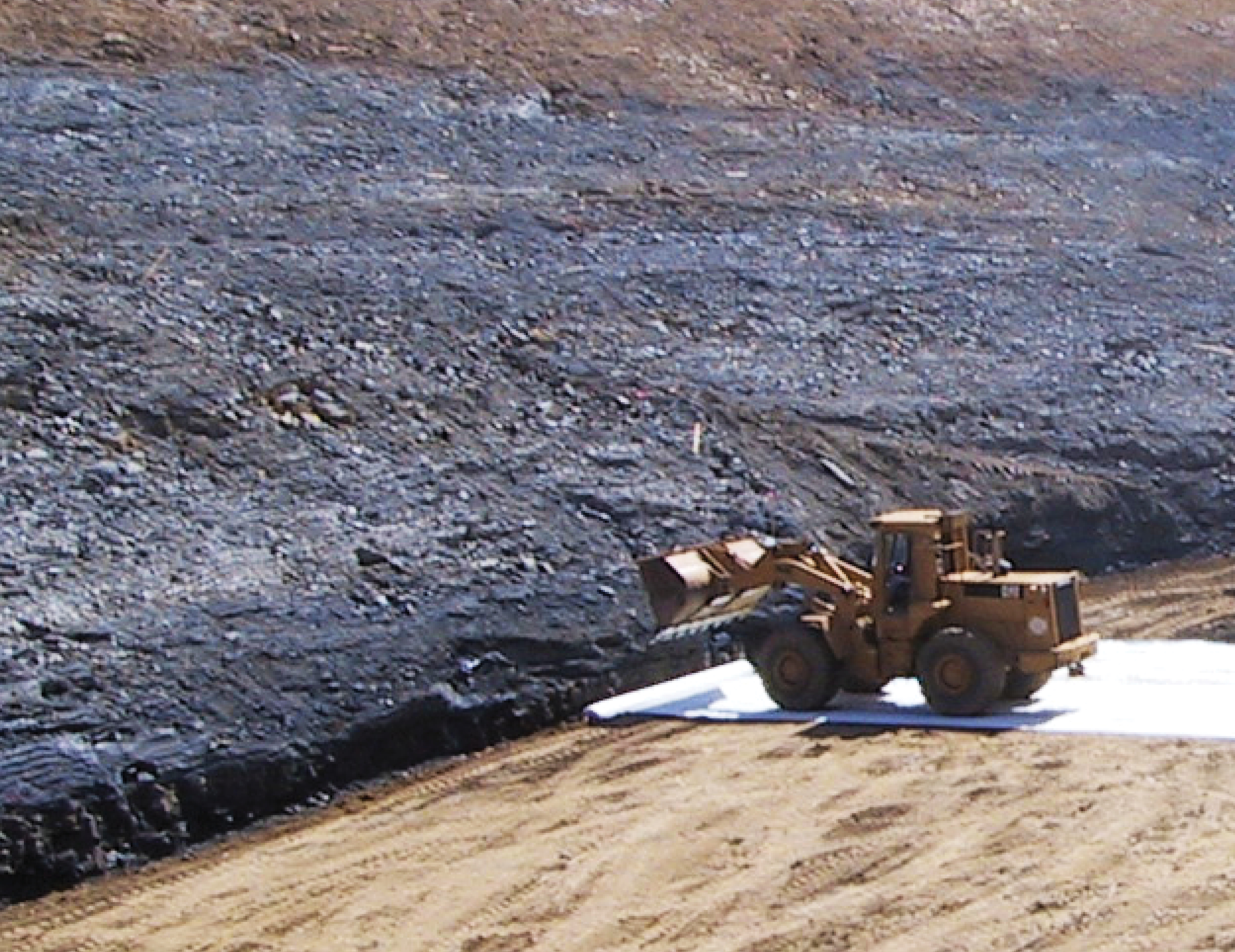 1.      Geogrids can be placed on an excavation’s perimeter to hold back poor soils or unstable cuts. Because geogrids require little room to provide support, you might be able to reduce the width and depth of excavations. 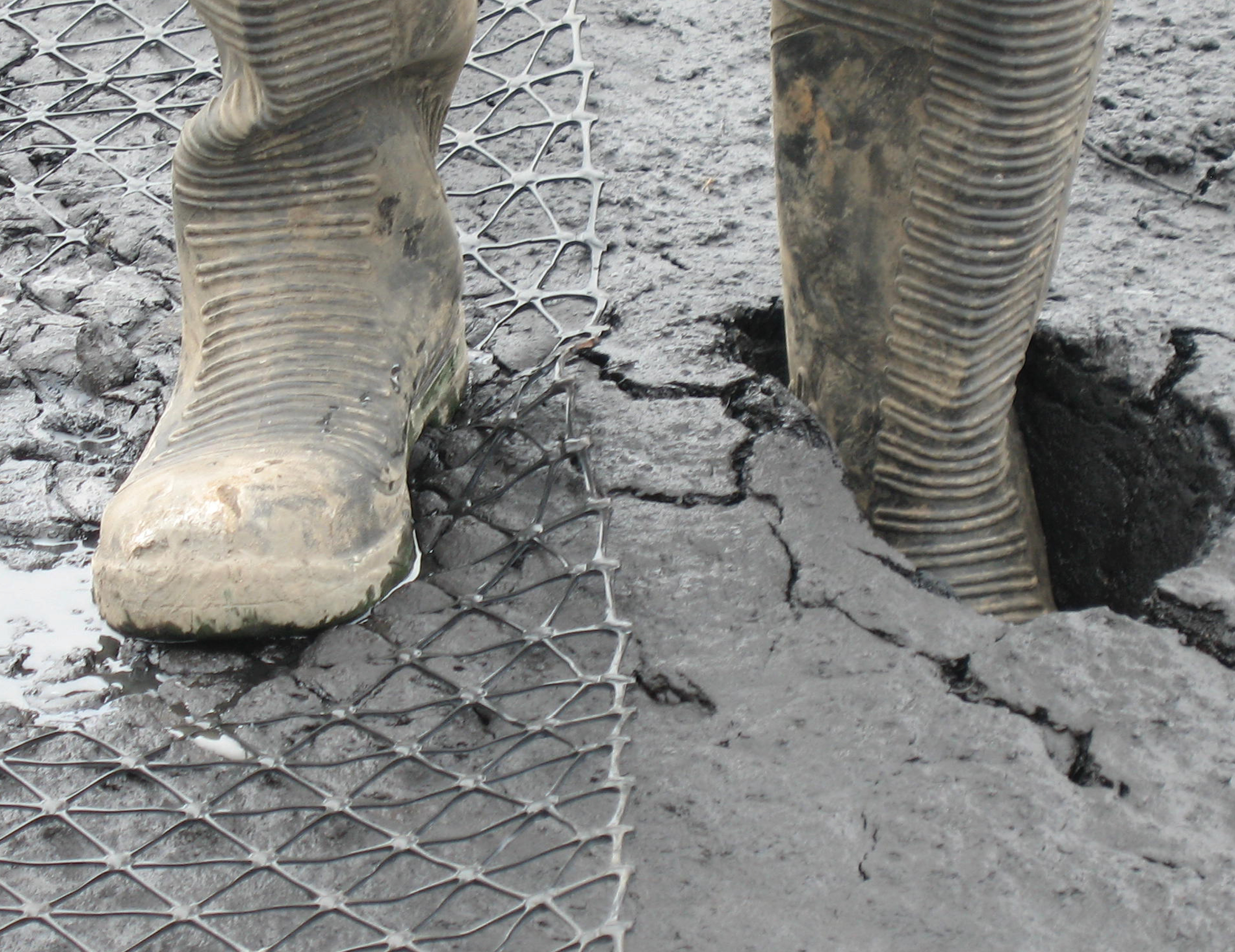 2.      You can also use geogrids to help with site control. You can enhance safety during excavating by stabilizing fluid soils that are subject to vibrations caused by nearby mobile equipment activity, or pile driving. 3.      Geogrids can be matched to on site soils for backfilling or shaping final grades. This often eliminates the need to haul in rock or soils from other sites.

Other Common Types of Geogrid Projects

Most contractors encounter geogrids as part of a large scale project or specific stabilization system. These projects types include:

What should contractors consider when purchasing the right geogrid?


Start with the type of geogrid. The two most common types are: 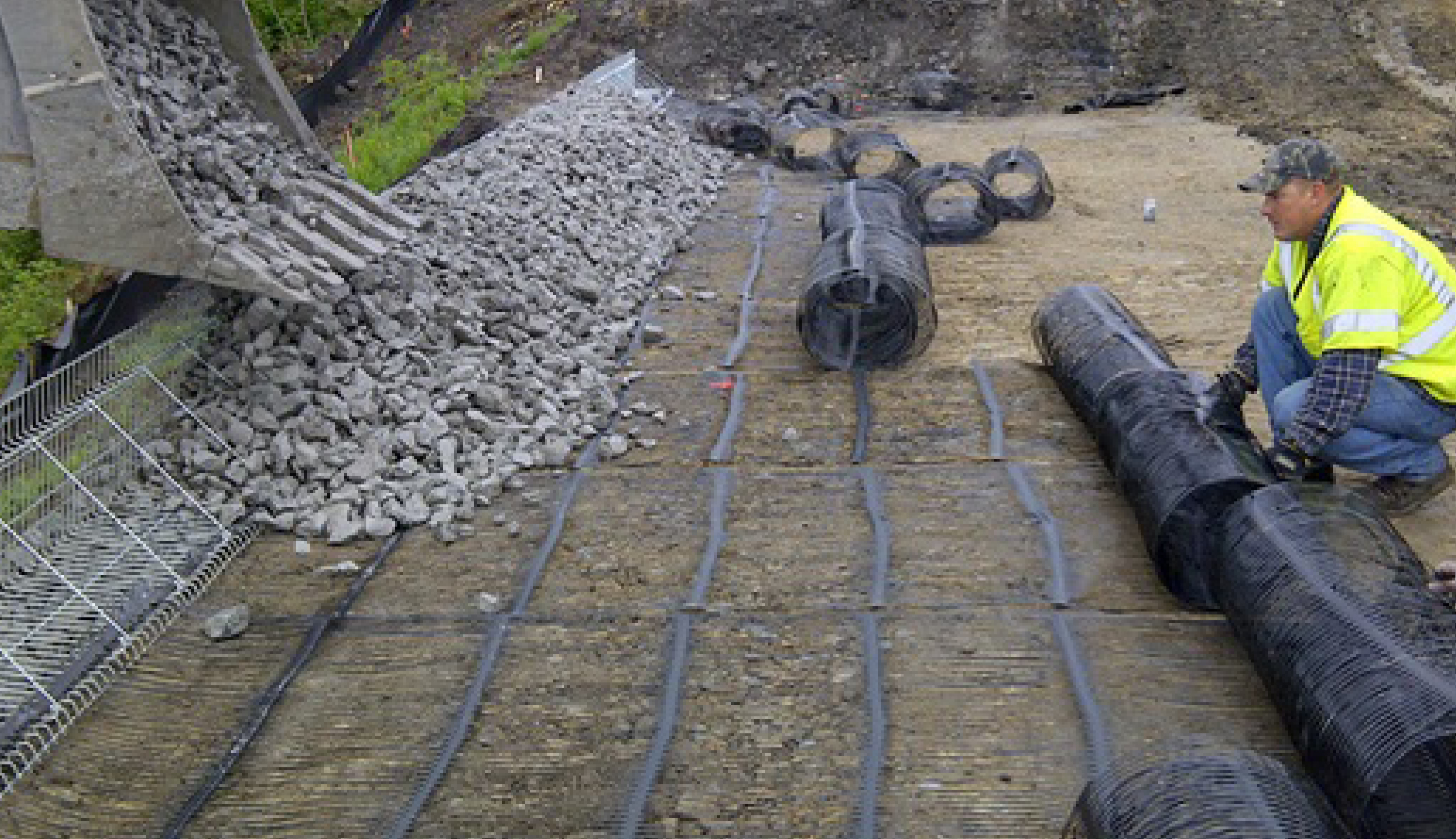 Unidirectional: a great deal of tensile strength in only one direction (longitudinal or transversal) rather than in both directions. 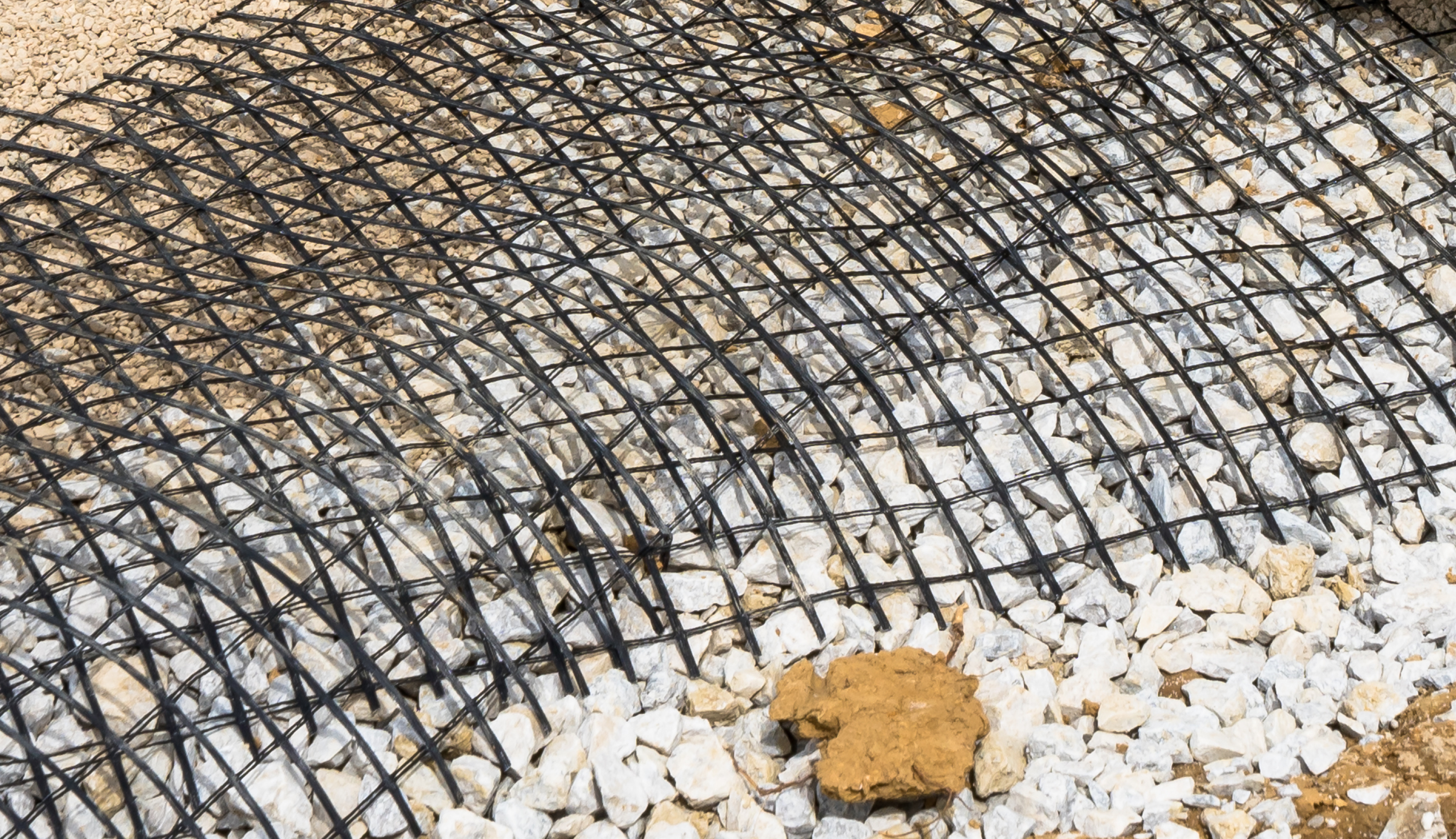 Bidirectional: Having identical strength in both longitudinal and transversal direction. Biaxial geogrids have square or rectangular openings, called apertures. When selecting geogrids for roadbed applications, testing has consistently shown that integral geogrids made by a process known as punched and drawn perform best.
Next, you should begin reviewing some of the geogrid’s key attributes.

When geogrids are used in critical structures with design lives of more than 1 or 2 years, contractors should consult their White Cap Account Manager and manufacturer’s recommendation to determine the best way to join geogrids in the field. A proper joining method will increase the structure’s durability by reducing problems such as creep and site movement.

Geogrid connections are normally accomplished by either overlapping the fabric or installing mechanical connections.

Overlaps can be secured by a variety of tying techniques but these ties are not efficient for load transfer without some testing. Overlap connections must be designed and constructed to assure proper overlap lengths. Overlap length is governed by soil interaction behavior. Engineers can measure the Geogrid/soil interaction and determine the right lap design through pull-out testing.

Geogrid Bodkin Joints are the preferred mechanical connection for assuring full load transfer between adjacent layers of some geogrids.
Discover better prices and location specific benefits
No, thanks!
No, thanks!